<<So did you start the christiangays website? Tell me that story>>>

In 1998 my husband of 33 years died. ┬ĀWithin six months of his death my lesbian lover of 24 years had fallen in love with my pastor (another woman). ┬ĀI was so alone and so lonely. ┬ĀMy whole social life had revolved around my relationships with the people at church, and now I didnŌĆÖt want to go there. ┬ĀMy children were all married and had moved to different cities. ┬ĀFor the first time in my life I was absolutely alone.

The thing that had always uplifted me was Christian music, and in my search to find someone who might understand me I was introduced to the music of Marsha Stevens of BALM (Born Again Lesbian Music) Ministries. ┬ĀI had one cassette of her music called ŌĆ£Free To Be" that I wore out. ┬ĀI needed a new copy, and I hoped that she might have more available. ┬ĀI found more of her music, but was unable to get it into Canada because no one would ship out of the country (U.S.).┬Ā

Someone suggested that I contact Marsha directly via email. ┬ĀI had no idea that I could do that, but I was desperate and reached out to her, shared with her my story of loss and the reason that I desperately needed her music. ┬ĀShe lovingly wrote back, and through a series of many emails she explained to me the correct interpretation the ŌĆ£clobber versesŌĆØ used against gays, and it made so much more sense to me than what I had been taught.

It was through her personal ministry to me that I was able to completely reconcile my faith with my sexuality. ┬ĀMy faith was first and foremost in my life, and I was not satisfied with ŌĆ£liberalŌĆØ interpretations of Scripture, but her explanations did not contradict or "water down" Scripture in any way. ┬ĀIt made sense!

So by now I was 54 yo and I decided that I REALLY wanted a Christian lesbian partner, but where to find such a person, especially in the small village where I lived? ┬Ā

The internet was very new back then, but there was a List Serve called Christian Lesbians. ┬ĀLong story short, I met Jan who moved from New Hampshire to Canada to be my (not legal) wife.

Unfortunately the pressures of trying to get her Permanent Residency were so stressful on her that after 7 months she felt that she needed to go back to the U.S.

While Jan was with me she asked for nothing, but I wanted to make her happy, so between the long distance phone calls, the trip to New Hampshire to get her, repairs on her truck, new wardrobe, computers, etc, I spent a lot of money - money that I had to ┬Ātake out of my RRSPŌĆÖs (Registered Retirement Savings Plan). ┬ĀThat meant that at the end of the year I had to pay taxes on that money.

I was telling my friends Bette and Steve about my predicament and that I had no idea how I was going to pay this debt, when Steve (who owns his own Marketing Business) said, ŌĆ£You need to start a business. ┬ĀThen the government will know that you are going to have lots of deductions and they wonŌĆÖt come after you for the money you owe."

We talked and talked about several ideas and couldnŌĆÖt come up with anything firm, and the most important thing was that I register this business, so we called it MAP Enterprises (my initials - Mary Ann Pearson). ┬ĀThis meant that I could do anything.

So now the business was registered. ┬ĀI just had to figure out what the business was going to be. ┬ĀI remembered the difficulty I had getting MarshaŌĆÖs music into Canada so I thought, IŌĆÖll make a business of promoting her music to churches, gay stores - anywhere I could think of. ┬ĀIŌĆÖll make demo CDŌĆÖs of some of her songs and send them to radio stations, make promo packages and mail them to churches, etc.

I asked Marsha if I could be her Canadian Distributor and she agreed, so I bought a bunch of her CDŌĆÖs and I was all set. ┬ĀWithin a couple of weeks she asked me to send a CD to Scotland so I became her ŌĆ£International DistributorŌĆØ. ┬Ā LOL

Well I thought that was very nice that my daughter would offer my son-in-law to do it, and so I shared the story with my youngest daughter Landra, and Landra said, ŌĆ£Oh Mom, Jeff (her husband) still doesnŌĆÖt have a job yet after graduating from ŌĆścomputer schoolŌĆÖ. ┬ĀLet him do it. ┬ĀIt will help build his skills for his resume.ŌĆØ

Wow! ┬ĀAm I a blessed Mom or what! ┬ĀTwo daughters offering to help their lesbian mom with her new business. ┬Ā(My other daughters have also been really supportive.)

So Jeff and I started to build a website to promote Marsha StevensŌĆÖ music.

The remarkable thing about this is that Jeff and Landra lived in British Columbia, and I was in Ontario, so we were three hours time difference, but through Instant Messenger we were able to accomplish miracles. ┬Ā

Jeff is completely blind so I would have to tell him to move such and such 14 pixels to the right - no back 3 pixels, no, to the right one more pixel, etc. ┬Ā

And then he would tell me that the text IŌĆÖd given him was on the page, and IŌĆÖd say no itŌĆÖs not. ┬ĀHeŌĆÖd assure me that he had posted it to the site and uploaded it, and it was there! ┬ĀAnd I would insist that it wasnŌĆÖt. ┬ĀWell it turns out that he was right. ┬ĀThe text was there, but it was yellow text on a yellow background so I just couldnŌĆÖt see it. ┬ĀThat happened a few times before we caught on. ┬Ā­¤śē

My Jeff is an awesome guy. ┬ĀI now live in the basement of their home with two of my grandchildren. ┬ĀWeŌĆÖve been together now for 9 years, and it has worked out amazingly well. ┬ĀJeff and I now share a business together building websites. ┬ĀItŌĆÖs called Winning Website Creations https://winningwebsitecreations.com

So anyway, back to ChristianGays.com┬Ā- I wanted so much to share the information that Marsha had shared with me so that others would not have to go through the years of despair searching for answers, so in addition to selling her CDŌĆÖs I started selling books about being gay and Christian. ┬ĀThen we added some pride products, more musicians, etc.

Then a friend said that the chat room she had been using was shutting down, and could I please build a chat room for her and her friends. ┬ĀI did that. ┬ĀShe never came back, but thatŌĆÖs how the chat rooms got started.

The chat room then expanded to the dating service, one thing just leading to another.

Well long story short(er), after 16 years it was time to rebuild CG anyway. ┬ĀIt was over 8,000 pages of information, getting over 1,000 visitors a day, but much of the information was out-dated. ┬ĀOn the dating service we had over 10,000 members, but many of them had registered and never come back. ┬ĀI have learned much over the years and I believe that what IŌĆÖm building now is going to be AWESOME!

Bottom line is that I didnŌĆÖt plan any of it. ┬ĀI just needed to deal with my taxes. ┬ĀI believe that a website was needed that would do what IŌĆÖm doing, and God just put me in the middle of it, and I am blessed that S/He did. ┬Ā ­¤śē

To Search Members Go To DATING
Listen to Christian Music 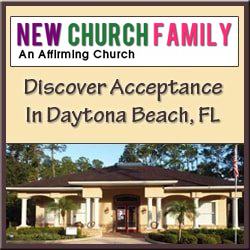 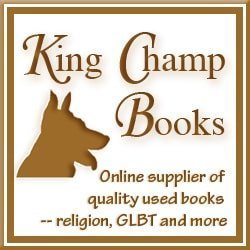 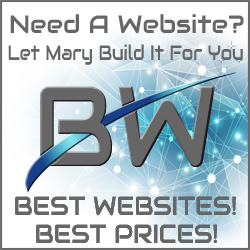